Something that has amused me since my first day in Brazil is that my shower has ‘winter’ and ‘summer’ settings. It’s ‘winter’ here, and the ‘winter’ water temperature of my shower is “lukecold” on a good day. If there’s any chance that the ‘summer’ water is even colder, I’m not going to fiddle with it.

Yesterday, I was amused to learn the English word elucubration via the Portuguese elucubração. Their meanings seem a little different from each other, but the English elucubrate means: to solve, write or compose by working studiously at night (by candlelight). I read this word in a UNESCO project evaluation. Who says evaluation writing can’t be poetic?

Project reports and my shower have not been my only sources of amusement, however. I’ve also been enjoying the offerings of various foreign cultural institutes in Brasília:

These centers offer language classes and also organize cultural events, including art exhibitions, concerts and movie nights. Right after I arrived in Brazil, the European cultural institutes jointly organized and hosted an LGBTI film festival with films in a dozen languages. Many of these events are supported by the respective national embassies. Being the capital of Brazil, Brasília is home to many embassies, and these often organize cultural events in their own right, including holiday and food events as well as movie nights.

I recently attended a multicultural event hosted by the Indonesian Embassy, which celebrated the cultures of various ASEAN member states. Each participating country had tables with food, handicrafts and tourist information. There were also a number of dance and martial arts performances as well as speeches by the ASEAN member state ambassadors. Happily, I got the chance to speak one-on-one with the Ambassador of Indonesia as well as many of the embassy staff, who were all more than a little surprised that I spoke Indonesian.

Another place I have looked for local events has been CouchSurfing. While I don’t want to make this an official endorsement of the website, I will say that I’ve been a member for 11 years, and everywhere I have traveled and lived since then, it has helped me make friends. CS in Brazil has a huge and very active community, so active in fact, that they organize national meet-ups. The Brasília meet-up happened during my fourth week in the city, and while I didn’t participate in all of the events, I joined the group for a happy hour and a city tour, during which I met and chatted with Brazilians from all over the country. 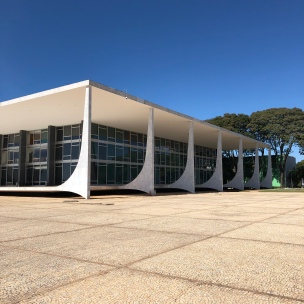 CS is also where I found out about regular Polyglot Club meetings that take place in various parts of the city. While polyglot describes many of the participants, it’s not necessary to speak many languages to attend. In fact, for individuals comfortable in only one language, this group could be the perfect place to find people to talk to. For monoglots who want to get out of their comfort zone, they might even find patient people to practice a new language with. I originally found the event on CS, but it also caught my attention on Duolingo, a language learning website / app.

Sometimes I feel like there are too many events for me to choose from. It’s not like I have infinite energy after work, but too much in this case is better than too little.

My Tweets
Join 165 other followers
Follow The International Educational Development Program at UPenn on WordPress.com