“I arise in the morning torn between a desire to improve (or save) the world and a desire to enjoy (or savor) the world. This makes it hard to plan the day.” – E. B. White

Well, this is the end, my friends. Fourteen weeks in Senegal, a week in Istanbul, a weekend in Long Island and I am back where it all began – West Philly. It’s good to be home!

For this final blog post, I was initially going to write about attitudinal differences in perceptions of time across cultures, but decided to save readers from that boredom and opted instead to share a dinner conversation I had with my roommate, Sam, about my time in Senegal.

I realize this post may come off as rather negative to many readers and to a large extent it is. Just remember this is not the complete story. It’s just one of many conversations I will have as I unpack this experience for years to come. To be clear, I really enjoyed myself, learned a boat load, and made some great lifelong friends while in Senegal. This post, however, is not about those things. I hope you enjoy!

A soccer field next to my apartment in Dakar. Supposedly, the great Senegalese footballer, Mané, grew up playing here.

Sam – What did you anticipate being the most difficult thing about the summer in Senegal?

Eric – I think there were two major different things. One was just adapting to a new environment. Considering I had never been to Africa before, I didn’t really know what to expect in terms of the flow of everyday life. The other difficulty I anticipated was working in a fast-paced and intense office environment. You know, sitting in front of a computer all day, answering to multiple supervisors, having quick turnarounds on deliverables, etc.

Sam – Were there any particular things that you found yourself applying from your courses at Penn?

Eric – Yes, definitely. The first project I worked on during my internship was to create a concept note and agenda for a multi-day teacher training workshop. This was almost identical to an assignment I worked on in a curriculum course I took last semester. Having done similar tasks prior to starting my internship really helped to calm my anxiety heading in. For example, we had just one month to develop from scratch this teacher training workshop all with very little clarity as to what were the learning objectives and what kinds of experts we should bring in to facilitate sessions. My classes and prior experience working in developing contexts really came up huge in preparing me for operating with very little direction and for plans changing at a moment’s notice. I could really rely on that flexibility and adaptability.

My co-worker, on the other hand, who had tons of experience working in highly structured business environments before coming to Senegal, quit after just four weeks in the office. She just couldn’t handle a work environment without that structure or direction. I knew coming in that when you work with people from around the world in an incredibly bureaucratic institution, you just gotta roll with the punches and work through the frustration.

Following my internship in Dakar, I visited Aynur’s good friend, Fayza (pictured  right with the crazy hair), for an amazing week in Istanbul. Here’s a panoramic view of the city from Galata Tower.

Sam – So let’s just say, instead of an internship this was your job. What would you have done to navigate this somewhat difficult environment?

Eric – Well, if I had no other option and I had to stick around, I would definitely seek the support of the director. He was really understanding of entry-level folks and listened to their grievances. I would also have advocated for working with different supervisors to get a more holistic perspective of the organization. But ultimately, it’s not the kind of work that I want to do. That’s really what I learned. It’s mostly upstream work, regional and abstract, dealing with ministers and policymakers who haven’t been in a classroom in many years. There’s so much posturing with very little if any evidence of true impact or value added on the ground. That kind of work would be very difficult for me to stay jazzed about over a long period of time.

Sam – So ground-level work is something that you’re much more interested in then?

Eric – Yeah. Well, it’s funny. Hopefully, by this time next year, I’ll be working at a development organization somewhere and that’s certainly not going to be ground-level work. But there are still organizations developing smart programs for ground-level implementation that are staffed by knowledgeable people who really know the contexts in which they work. So I will probably still be doing upstream work, but ideally it will be less abstract and I will be able to see more clearly the link between what I do and some sort of positive added value. I’m not interested in organizing $40,000 sensitization workshops for ministers who don’t want to be there. It’s a tremendous waste of money and energy. 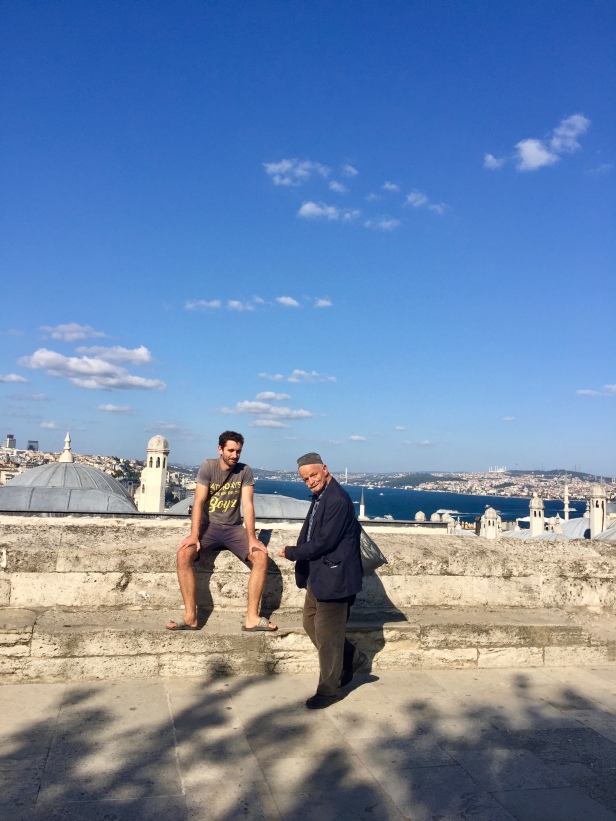 Sam – So given how widely you’ve traveled, what cultural dynamics stand out to you about Dakar?

Eric – It’s a beautiful but tough place, man. And it’s funny because it’s considered “Africa-light”, the “gateway to West Africa” – for a reason. There is a lot of familiarity there. You can see European influences all around. But there’s this tension in the air that I haven’t experienced in many other places. People in Senegal, in Dakar especially, are hyperaware of the inequalities and elements of neocolonialism that are present and this can play out in intense ways in daily interactions. There’s this almost inert wariness of outsiders and it’s weird because Senegal is known as the land of hospitality. It’s central to their ethos but I sensed it only a handful of times.

When I was in Bangladesh, for example, I was also the center of attention wherever I went. People just stared at me constantly, but it wasn’t in a distrustful or resentful way. There wasn’t any animosity there. It was a friendly curiosity. In Dakar, it wasn’t really like that at all. For example, when I left my apartment, the kids in my neighborhood would often yell out “toubab! toubab!”, the Wolof equivalent of gringo, and run after me asking for money. It’s not their fault, of course. They’ve learned somewhere that white people have money and should they ever encounter one, to ask for money. But it can still get to you day after day.

And then there are the taxi drivers. I could talk about them forever. So you have to negotiate fares with them every time you want to go somewhere and just how that plays out sometimes is nuts. They’re coming in anticipating that they’re going to make a killing on the toubab, but once you know what the actual prices are and you’re no longer willing to get ripped off, things can get real dicey. I had two or three times when my drivers literally threatened to physically fight me over a dollar. One guy grabbed my bag with my laptop in it and refused to let it go unless I gave him more money. Even a wrong look sometimes can be interpreted in a certain way. Like you’re judging or looking down on them. There’s just this rawness in these interactions and it’s not limited to Westerners. My friends from other African countries also had similar encounters. And again, I don’t blame them at all. They have every right to be sensitive about that, but it certainly doesn’t make me want to stick around. I’m just not sure I want to live in a place where I don’t feel welcome on a daily basis. Maybe if I stayed there longer, I would learn to deal with it better, but I’m not sure if I’m willing to find out. 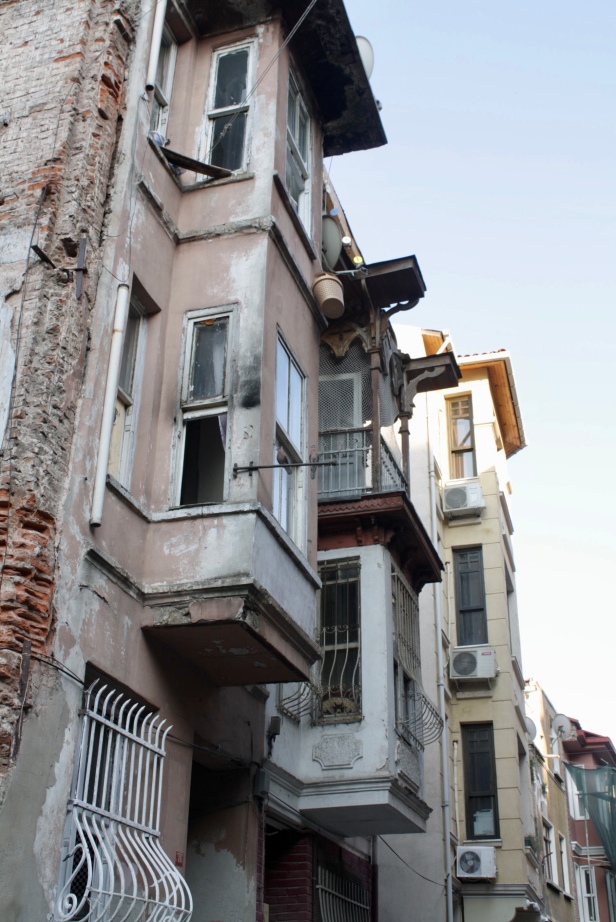 The beautiful Balat neighborhood of Instanbul

Sam – I think there are probably people who could navigate that, like if you’ve been living there a long time, you might have the finesse to navigate that. But it’s still not going to diminish that initial energy you’ve been talking about. You could certainly develop the skills to diminish the impact, but it doesn’t change that energy.

Eric – Totally. And I am curious about these expats who have been there for years and love it. I never got a straight answer of why people love it there. I never understood. Like I enjoyed going to the beach, but that’s pretty much what you can do during your free time. Sometimes there are concerts if you know where to look and you can go to these Westerner parties and events, but they’re expensive and you’re not interacting with locals at all. It’s like they’re existing in this parallel micro expat universe within a larger one.

Sam – Well, I don’t know how you get out of that if there is this hostility from locals, which is almost certainly being exacerbated by these Westerners throwing parties that are relatively lavish compared to what they’re used to.

Eric – Agreed. I think a large part of it might have to do with language, too. The fact that foreigners in Senegal are speaking the colonial language is just another reminder to locals of the privilege/power imbalance. At least I wasn’t French. I always made a point of saying that I was American and not French. It had a visible disarming effect on people.

Sam – Hmm interesting. And it’s like what do you do with that reservoir of anger and frustration, especially when not much seems to have changed or improved?

Eric – And the wild thing is that Dakar is supposedly the best place to go in Francophone West Africa for economic mobility. That means that many of the other places in the region are in much tougher shape. How do you progress from there? I’m not sure and I don’t know if I have the will or am the right person to find out.

Sam – Well, no one wants to feel like they’re doing something for nothing. It’s terrifying to spend years on something that might never change. I think we’re all selfishly looking for what will be the best choice for ourselves, but I do think you have to follow that instinct. There’s a massive amount of energy and work that you can bring to something if you’re excited about it, but if you’re really not, everyone is losing out by you being there. They say don’t work somewhere that you dislike because you won’t be able to bring your whole self there. If you live somewhere that you dislike, you won’t be able to achieve much self-actualization. I think it’s really important to push through difficult situations, but when it comes down to it, when do you decide growth versus enjoyment? Like the E. B. White quote, I arise in the morning torn between a desire to improve the world and a desire to enjoy the world. This makes it hard to plan the day. To be so far on the improve-the-world side that enjoying a place becomes a negative thing seems like a tough compromise. 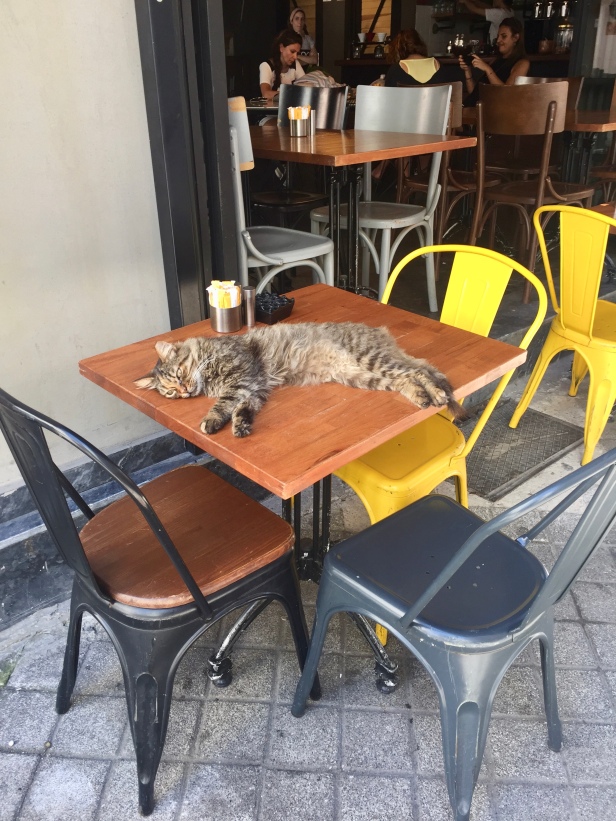 …And here’s an Istanbul cat photo to finish things off! It’s been real IEDP. Thanks for reading!

One thought on “When do you decide growth versus enjoyment?”