If I recall this correctly, in Dr. GK’s curriculum class, she once did an exercise where we had to choose between certain education ideologies – knowledge centered or student centered; social efficiency or social reconstruction. We made our choices, stood beside the white boards with the initials of the ideology in big black letters, gave our reasons for choosing the particular ideology and defended it. We had chosen one of these ideologies only because we had to choose one or the other. As in the discussion that followed, I think most of us were of the opinion that it would be impractical for an education policy at the national or school level to follow just one ideology, that depending on the context, it would be a mix of all ideologies.

The dilemma I am facing, or rather have been contemplating over, here in my internship in Cambodia is kind of related with these ideologies. My primary task for this internship is to help the education officer at the organization I am working with, let’s call it ABC here, to come up with their Education Framework, focusing on the Life Skills Education (LSE) in primary (grade 4 -6) and lower secondary level (grade 7-9). The framework will guide their education programming for the coming five years. This is, however, the first time ABC is working on LSE and at this point we are trying to get a robust understanding of LSE in Cambodia. My work so far has mostly been about conducting research and reporting on policies, legal frameworks and practices regarding LSE. This week, for a change from reading reports off a computer, I was finally able to meet real people – experts, government officials and other development organizations representatives to get better understanding of LSE implementation.

When I first started researching about like skill education in general, this was after my internship with ABC was confirmed and I knew they were going to focus on LSE, I came across several LSE project interventions implemented in different countries regarding confidence building, developing critical thinking skills, girls empowerment; there were also interventions that focused on themes such as sexual and reproductive health, citizenship, HIV aids awareness, environment and disaster risk reduction; then there were livelihood based LSE that taught students agricultural skills or other vocational skills. I was the least excited about the last one (like I was the least excited in the classroom about the utilitarian perspective adopted by the Social efficiency ideology). I had also come across an article in one of the English dailies in Cambodia about efforts to introduce LGBT rights and sexuality as part of LSE in Cambodia’s national curriculum. (Social reconstruction at its best, I thought. Woohoo!). Further research into Cambodian education system and its Life Skill Education Policy showed that Cambodia favored the social efficiency ideology as its recent curriculum framework goals focus on producing ‘qualified human resources to who can contribute to the national growth’ in alignment with the country’s goal to raise its economy from low-income to middle-high income status by 2030 and develop ed by 2050.

The concept of developing life skills that took the discussion of educational goals forward from attaining numeracy and literacy to ensure socio-emotional learning and holistic development of students seems to have been narrowed down to an understanding of employability skills in the context of Cambodia.  The Life Skill Education Policy of Cambodia places more emphasis on Local Life Skills Program (LLSP), which is primarily the technical skills geared towards income generation and from what I have understood, the practice seems to follow the same understanding too. Even though LSE was introduced in 2006, the implementation from the government’s side has been patchy and schools have not taken it on due to lack of resources or guidance. NGOs have been the most active in implementing LSE in Cambodia. Though the policy states that other generic life skills such as critical thinking and communication are taught as part of the basic curriculum across subjects, NGOs claim this is not what we see in practice in Cambodian schools. Hence their LSE components focus on developing generic and pre-vocational skills often termed as ‘soft skills’ which includes critical thinking, decision making, problem solving, and communication across subjects. Even when treating life skills as separate subject or set aside for a separate study hour, most NGOs through formal and non-formal channels focus on self-empowerment skills or theme based LSE such as DRR, health and hygiene.

ABC is currently open regarding the focus of their LSE program but in alignment with its country strategic plan’s emphasis on the development of livelihood and resilience, it is starting its pilot project which will oversee the implementation of LLSP, mostly agriculture based, in five different schools in Kampot province. This is where the dilemma gets personal as it effects what I am doing directly. Though I am not keen on advocating for teaching agriculture based skills to students, especially in primary grades when they are only 9 to 13 years old, my job is to make sure that ABC’s programming is able to convey the goals of LSE as holistic development of students and not just teaching them income generating skills and that it prioritizes new teaching methodologies like project based learning that could teach students research, analytical and presentation skills through the LLSP subjects. By doing this we ensure we follow the national framework as Paola Massa, researcher and consultant for UNICEF who is currently working with the Cambodian Department for Curriculum Development, confirms that the government will maintain its focus on agriculture, handicraft and service sector based skills in LLSP. They are however working to include soft skills and developing guidelines for student centered and project based teaching methodologies to be adopted for LLSP implementation.

I am not against agriculture or vocational skills education. I think is great when schools introduce school vegetable gardens, sewing or other handicraft projects, but the broader goal should be to let students experiment and learn new skills that expands their options in life, rather than preparing them for what is already the limited options available to them or their community. The rationale often presented for LLSP is that of ‘making education relevant to children’s everyday lives’, and that, in poor communities, it will help improve the student’s and the student families’ income in the long run as well as help decrease their school drop-out rates. I have not yet found any research that could support these rationales. I also understand an education that can provide livelihood skills, can be valuable, especially in low income communities, be it in Cambodia through LLSP or back in Philadelphia through different career readiness programs. My only concern is that such education should not enforce attitudes or understandings that could constrain their social mobility; that it does not teach farming or sewing because their communities already follow the occupation; or as the only skill or the way out of poverty. One of the most discomforting findings was that teachers often thought of LLSP as providing income generating skills so that students who will eventually drop out of school can support themselves. One of the papers I was reading also points to another discomfort I had with the LLSP policy. In countries like Cambodia where indirect child labor as agricultural and domestic help within families is already prevalent, this could further reinforce that trend. May be I am taking this too far, but what I am saying is, and I am quoting Paola here, education should “equip (students) with skills that will give them choice and the ability to exercise their choice”.

As for now, LLSP implementation in Cambodia is still far from achieving full coverage (less than 20 percent of schools are currently implementing LSE through formal and non-formal education and many abandoned it after NGO funded project ended). Though the recent framework identifies it as a compulsory core subject, most schools and even education officials at sub-national level seem unaware of it. This was proved in the our recent visit to Kampot where ABC with is local partner did an inception workshop with the school directors, officials from Provincial Office of Education (POE) and District Office of Education (DOE) and other representatives from the community. We also visited one of the five partner schools and found that they had tried implementing some agriculture based lessons for LLSP but abandoned it as it proved unsuccessful due to lack of guidance, teaching materials and human resources. This time around we plan to do it right, or at least better, and be open to discussing the best options of LLSP for the students and its benefits.

On a side note, here are a few personal dilemmas I faced over the six weeks: 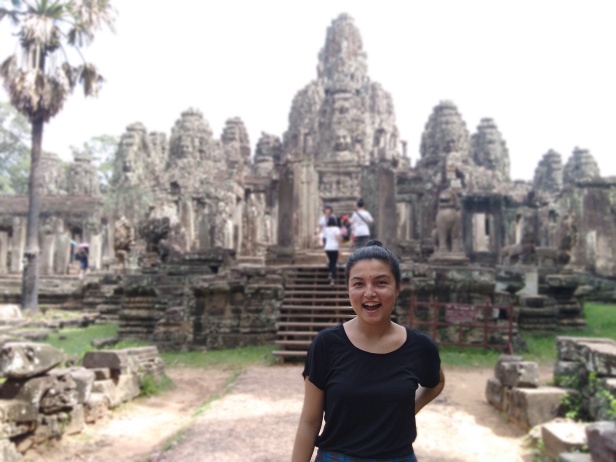 One thought on “The dilemmas”

My Tweets
Follow The International Educational Development Program at UPenn on WordPress.com