Five weeks have come and gone since I arrived in Lilongwe – a stretch of time that has seen relatively few difficult days. Even my first week living at the ‘All Creatures’ kennel proved more interesting than it did anything else. Lilongwe is warm and pleasant, a temperament reflected in the welcoming nature of its roughly 1.3 million inhabitants. 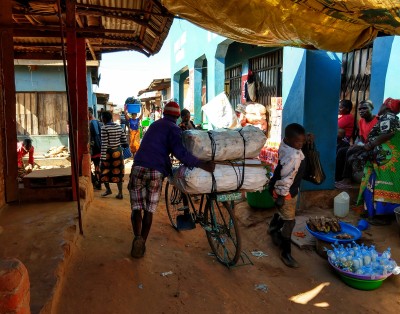 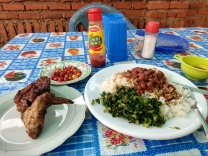 A plate of local food (minus the nsima). 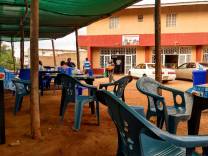 Kicking back over some lunch in Area 4.

I need to give a shout to the friends and colleagues I’ve met here so far. They deserve the credit for helping me feel at home in a new environment. Every week brings me invitations to a slew of different events ranging from karaoke, to cooking lessons, to art shows and fundraisers. The country is often called “The Warm Heart of Africa,” and Malawians are doing their best to make that billing feel authentic. 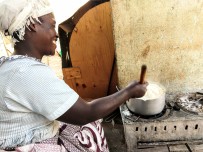 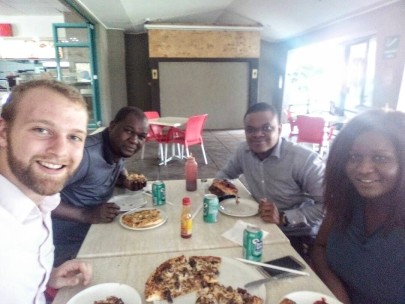 To whatever extent the city has been comfortable, work at the office has been equally effective at keeping me on my toes. As I mentioned in a previous blog post, I’m spending my summer interning with an locally-based NGO on their girls’ education initiatives. One of our current projects involves supporting community advocacy for progressive tax reform to pay for higher quality and more equitable education. As an intern, my job is to write a comprehensive report assessing our progress while providing suggestions on how to implement a more gendered approach to project activities.

Why are these issues important? The Government of Malawi is sorely lacking in proper funding for its public education sector. During the 2016/17 fiscal year, education spending in Malawi accounted for a mere 13.2% of the national budget. An overwhelming majority of this was used for recurring costs (mostly consisting of salaries) rather than sector development. Of the roughly MK 45.6 billion that was spent on development, only 28% was provided by the Government of Malawi (MK12.6 billion) with the remaining 72% being contributed by international donors (MK 33 billion). Money raised by closing tax loopholes could be used to increase the country’s education budget – specifically in areas responding to the needs of marginalized student demographics.

For girls, this means that there would be more money to spend on amenities such as adequate toilet facilities, more changing rooms, better transportation to and from school, fewer hidden school fees, and effective reporting mechanisms for physical and sexual abuse. The provision of these items is not optional – they are necessary to level the playing field in a country where significant inequalities persist between the genders.

To get a better sense of how the NGO is involved in addressing these issues, I spend half of my time attending different activities run through the NGO’s education branch. These have involved an inception meeting for our ECD program, a stakeholder sensitization meeting on girls’ education with Malawi MPs, and a materials development working session to create child friendly brochures outlining the right to education.

Check out my next blog post to read about some of my experiences from outside Lilongwe, including scenes from the famous Lake of Stars. Until next time!

One thought on “Update from Lilongwe: Tax Reform and Girls’ Education”