Last week was a whirlwind. Seriously. In one fell swoop, my spring break was dominated by the Comparative and International Education Society (CIES) 2017 Annual Meeting in Atlanta, Georgia. It was a week of information overload, attempted networking, and savoring gorgeous weather. Let’s discuss!

Fellow IEDPer Danielle and I arrived in Atlanta a day before the conference began to explore Atlanta a little bit (and also, the flight was cheaper). Not only did we have super-awesome Airbnb hosts, we were also close enough to Ponce City Market to check out the eclectic space of businesses, art, and food. We met up with Evan and Anushka for some craft beer and spirit animal selections (Anushka’s an otter, apparently I’m a deer).

Atlanta is such a cool place. Unfortunately, I didn’t get to explore it as much, as I wanted to attend all of the sessions, but there are a lot of fantastic spots to eat, visit, and explore. Like, for example, the Olympic Park: 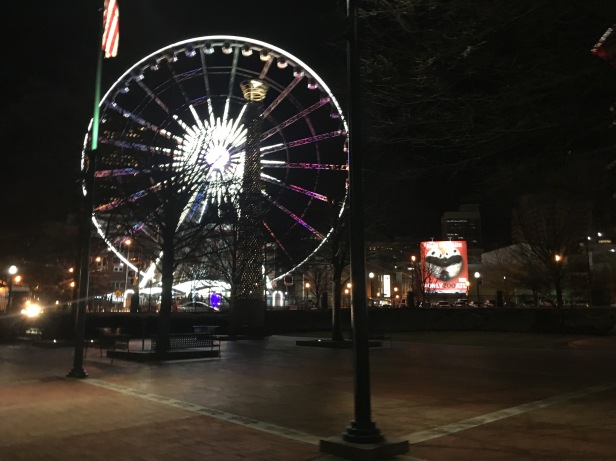 The early bird gets the… conference? Or so it seemed, as I woke up early every day to attend 8AM sessions. Because sleep is for losers, right?

The conference packs a whole lot of sessions within it’s 9-hour time frame, and sometimes the whole thing could sometimes feel like a blur.

Luckily, there seems to be a session for just about everyone, but there are also a lot of conflicts. I definitely found myself torn between two (or three) sessions each hour, but there are two takeaways here: there’s really no pressure to attend everything, and you can always quietly exit one session and join another. Oh, and there’s nothing stopping you from emailing the presenters whose sessions you didn’t attend and asking for their slides/paper anyway 😉

I tried to manage my time between supporting other IEDPers and their presentations with attending sessions that I was particularly interested in. It seemed like this year’s CIES had a bit more of a literacy slant to it, so I was pleased as punch to explore so many topics related to it. I did also try to expand my worldview a bit, so I attended some sessions about social and emotional learning, indigenous education, and displaced populations. It certainly felt like a deluge of facts, concepts, and consequences, but in a good way?

Here are some of our IEDP fam killin’ it (including yours truly): 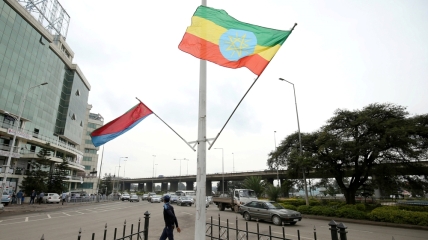 Eritrean and Ethiopian flags lined the street of Addis Ababa during Eritrea’s president Isasias Afwerki’s recent vist to the city. Image by Tiksa Negeri via Reuters.

Obviously there were some big names in the field mulling about CIES, as well as informational booths for different organizations, so networking had to happen. I found networking a bit daunting, in the sense that I perceived my potential topics of discussion to be so trivial compared to their expertise. It also seems so artificial to me unless you’re truly interested in the organization/people. However, people were usually very friendly and open to talking, so I mustered up the courage and did actually speak to a fair amount of people that I wanted to speak to. You can usually catch people at the end of their sessions for a quick question or two before you casually hand over the business card and ask for theirs.

I ran into a fellow Malaysia Fulbright ETA, Lesa! As I was waiting in the registration line on the first day, Lesa, who is studying down in North Carolina, just so happened to see me and said hello! We got to catch up a lot during the Opening Ceremony, and it was so wonderful to see her. Funny how we had no idea the other was attending CIES, but that’s how the world works sometimes.

Since there were so many IEDP students at the conference, a lot of us got together for lunches, sessions, and hangout seshes throughout the week. This was awesome, I have to say. I felt like I bonded a lot more with these guys during the conference.

On the very last day of CIES, a few of us stragglers got together for a final CIES hurrah. We had drinks at this bar on the 72nd floor of a building that, get this, rotated, giving us stellar views of the city.

Number of sessions attended: 22 out of too many to count!

Number of IEDP presenters at CIES, excluding faculty: 23 (if my math’s right)

Number of business cards given out: 12*

CIES is definitely worth the experience, both personally and professionally. I’m quite grateful that our professors pushed us all to develop presentations for the conference, and that so many of us took up that challenge. Granted, it was stressful leading up to the actual event, but ultimately the gratification you receive not only from passersby but also your program cohort truly makes you feel good. Some people have even secured internships during the conference, so  there’s that benefit too. Maybe I’ll see you there for CIES 2018 in Mexico City!

*probably could have done better

My Tweets
Follow The International Educational Development Program at UPenn on WordPress.com