The intern office, or bureau des stagiares is located at the end of a long, spotless hallway on the second floor of the four-story building. We are six interns in all, two senegalese, one canadian, one japanese, a frenchman and myself, each working in pairs on projects ranging from health and sex education to the social sciences and civic engagement. My supervisor is responsible for all programming relating to SDG Target 4.7, which aims to “ensure all learners acquire knowledge and skills needed to promote sustainable development, among others through education for sustainable development and sustainable lifestyles, human rights, gender equality, promotion of a culture of peace and non-violence, global citizenship, and appreciation of cultural diversity and cultural contribution to sustainable development”. If this target seems vast and amorphous, that’s because it is. As one colleague likes to put it, Target 4.7 is essentially about peace, love and fluffy kittens.

As it turns out, despite their fluffy exterior, Target 4.7 indicators are notoriously difficult to work with. For example, how does one go about measuring and quantifying empathy, resilience or creativity within a population? Who gets to decide what values or behaviors are important for promoting sustainable development? And what does a sustainable lifestyle or a global citizen look like? These questions are made even more complex, and perhaps more problematic, within the framework of preventing violent extremism through education (PVE-E), the main focus of my internship. PVE-E is an emerging approach, which aims to empower learners with knowledge, skills, and awareness to help them build resilience to drivers of radicalization and violent extremism. As you might expect, this concept is highly contentious, with both virulent supporters and detractors in the educational development field. This contention plays itself out daily in our offices as the staff struggles to design and implement PVE-E programming that is both contextually sensitivity and relevant.

To break up the monotony of work talk: some photos of the old Palais de Justice in central Dakar.

The main project of my internship so far has been the development and facilitation of two PVE-E workshops being jointly organized with the Organisation International de la Francophonie (OIF) and the International Institute for Capacity Building in Africa (IICBA). I will go into much more depth about these workshops in the next blog post, but essentially, we invited teacher-training experts and ministerial representatives from countries all across West Africa and the Sahel to engage in several days of discussions and activities pertaining to the role of teachers in the prevention of violent extremism through education. Despite the general frustration and mayhem during the development process, both workshops turned out to be a great success, with participants and organizers alike voicing interest in planning follow-up workshops in the future.

In addition to the PVE-E workshops, we have been working on funding proposals for several upcoming peace-building projects. One project is targeting peace education and Media Information Literacy (MIL) in The Gambia, a country that is going through a historical democratic transition after 22 years of autocratic rule. Perceived political stability in the country has led to a recent flood in economic development, external investors and aid. This in turn has led to signs of increased inequality and divisions along political  lines, exacerbating long-standing, dormant ethnic tensions. Fortunately, throughout the democratic transition process, the Gambian media has played a key role in maintaining social cohesion through community radios, television and especially, social media among youth. However, the sudden freedom of information has also made The Gambia vulnerable to misinformation and targeted “fake news”. Our project proposes the creation of a series of education programs to promote competencies in MIL to build resilience in the population and enable individuals to critically evaluate and interpret different sources of news and information.
A second project proposal is seeking to promote social cohesion and conflict resolution between nomadic pastoralists and sedentary farmers in the Sahel region, especially in Northern Nigeria and the Lake Chad Basin. Due to climate variability, changing demography, shrinking resources and transnational conflict, nomadic herders in the region have been forced to dramatically change their migration patterns, leading to increased tensions with land-owning farmers, whose crops are vulnerable to overgrazing. In the past decade, violent confrontations between the two groups have become a major issue, resulting in hundreds of deaths and the displacement of tens of thousands. At present, most proposed solutions have been lopsided, favoring farmers and to landless indigenous herders. For example, ranching, a solution proposing to help herders transition from open grazing to sedentary grazing, asks nothing of the farmers and demands that pastoralists completely abandon their traditional social relations and ways of life. As it currently stands, our proposal advocates for a more evenhanded solution, calling upon both communities to come together in a dialogue over responsible resource management that addresses the needs of both communities and the environment. 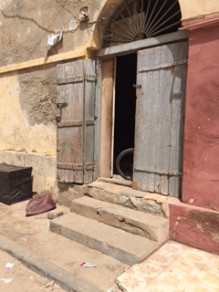 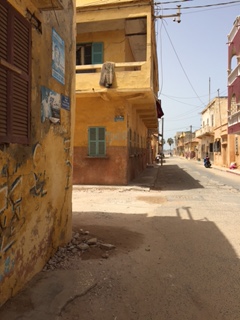 The streets in Saint Louis offer a rare window into the long and difficult history of Senegal.

Now for a little culture. Several weekends ago, two colleagues and I took a bus 170 miles north to Saint Louis, the former colonial capital of French West Africa. Early on, Saint Louis was a small settlement managed by various mercantile companies who dealt in slaves and gum arabic brought in from inland. As with l’île de Gorée, Saint Louis was subject to intense territorial disputes between competing Europeans powers, particularly the French and the British, for hundreds of years. Interest in the little town began to wane towards the end of the 19thcentury, as the larger ports to the south, most notably Dakar, began to eclipse Saint Louis in importance. In 1902, the final decision was made to move the capital of French West Africa to Dakar, and along with it went most of the commerce and wealth. For the last 40 years, Saint Louis has served as little more than a (very pleasant) backwater for those passing through Senegal. 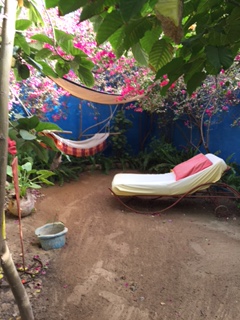 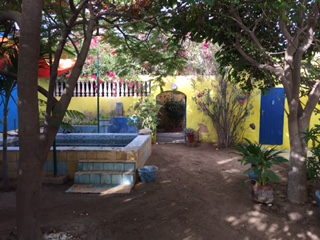 Perhaps my favorite part of our trip to Saint Louis was our Airbnb.  Owned and operated for almost 20 years by Am, our delightful French host, the house functions primarily as an artist retreat, with sculptures and paintings bedazzling nearly every corner and inch of the canary yellow walls.

One thought on “Notes From The Office: First Month as a Stagiare”